Singapore’s Supplementary Retirement Scheme (SRS) is a program set forth by Singapore’s Ministry of Finance that encourages both Singaporeans and foreigners to save more for retirement by offering attractive tax incentives to those who participate.

What’s the main difference between CPF and SRS?

Unlike CPF, SRS is entirely voluntary. Additionally, an SRS account holder can choose to invest the SRS funds from a wide list of approved options, while the majority of CPF investments are managed by the CPF Board.

How much can you contribute?

What are the tax benefits of SRS?

SRS’s main advantage comes down to the tax benefits it offers. Contributions are fully deducted from your tax bill each year. Singaporeans who max out their SRS contributions can decrease their taxes by up to $3,366 SGD each year, the higher the marginal tax bracket, the higher the tax saving. Foreigners can contribute up to a higher cap ($35,700 SGD), and they can save upwards of $7,854 SGD per annum, totaling nearly $80,000 SGD over the course of 10 years, assuming a full SRS contribution during those 10 years. Withdrawals at retirement (or when conditions are met) are given a 50% tax concession and can be spread over 10 years to minimize taxes.

You can open an SRS account with DBS, OCBC, and UOB, and then instruct your bank how you want to invest your contributions. Investment options range from products distributed by the bank itself to others provided by third-party fund managers approved by the Ministry of Finance. If you want to invest in a product not distributed by your bank, you will need to get in touch with the fund manager directly.

Should you invest SRS contributions?

Investing your SRS funds is a way to make the most of your SRS contributions. Otherwise, your contributions aren’t losing value as they get eaten up by inflation. If you contribute the full $15,300 SGD per annum every year for 20 years, that would be worth $306,000 SGD after 20 years. But, if you invested it and earned 5% net returns per annum, you'd earn $504,850 SGD in 20 years. If you contributed the max amount for 30 years, you'd have $459,000 in savings, but again, if you invested those contributions each year and earned 5% net returns per annum, you’d have $1,003,436 SGD in 30 years.

There is a wide range of financial vehicles into which you can invest your SRS funds once you have the SRS account open. These vehicles include stocks, bonds, fixed deposits, unit trusts, and annuity plans. StashAway is one of the many providers of SRS investment options.

When can you withdraw your SRS funds?

When you reach the statutory retirement age, 63, Singaporeans and PRs can withdraw from their SRS accounts over a period of up to 10 years, starting on the date of the first withdrawal. For foreigners, withdrawals without penalties are possible after 10 years of opening the SRS account.

Fifty percent of every withdrawal will be subject to tax. Timing withdrawals properly is the key to maximising the tax advantages from the SRS contributions. This means that you should withdraw when your marginal tax rate is lowest. It’s important you only contribute to SRS if you’re certain you won’t need the funds until retirement, because if you don’t meet the early withdrawal conditions, you will face a 5% penalty, and in addition, 100% of the early withdrawal would be subject to tax.

This isn’t a simple ‘yes or no’ question. There are a few things you need to consider when determining whether an SRS account is right for you: 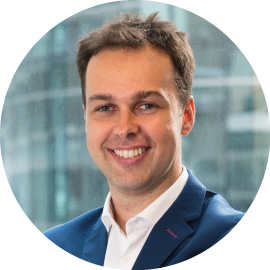