China remains a major growing economy even despite its tough regulations and tight monetary policies.

Last year, China was the first major economy to show signs of recovery from the pandemic and tighten its monetary policies to counter a heating economy. This monetary policy has since weakened its economic growth. Weakened growth, combined with tough, ongoing regulations across Big Tech and education industries, have caused China’s stocks to fall in value.

Now, some investors are concerned that these tough regulations and monetary policies are hurting China’s economy, and are questioning whether they should stay invested in China. That’s why we thought we’d share our perspective on China’s long-term outlook and why we're staying invested in China.

China remains a major growing economy despite concerns over its regulations

China has just unveiled a plan that includes the country’s plans to continue regulating certain areas including national security, technology, and monopolies over the next 5 years.

Recent regulations have created some short-term headwinds for China stocks, and some investors have been asking us if these continued regulations will result in China's economy slowing down further.

And the short answer is: not necessarily.

And that’s because China’s regulations are, in fact, not a key focus of the 5-year plan. Hence, they may not have as much of an impact or be as long-lasting as what’s been suggested in mainstream media. Consider this:

It may appear in mainstream media that China’s 5-year plan is a new and specific announcement on the continuation of its tough regulations.

But in fact, the document is a renewed 5-year plan that more generally outlines the country’s high-level framework to strengthen China's Rule of Law. It's not a new, ad-hoc, or even specific policy targeting the private sector or particular industries.

Mainstream western media has widely reported on China’s plan to increase regulations on certain sectors and industries. But, the regulations western media is focusing on only make up 2 out of the 35 points listed in the document.

Now, if we broaden our view of China’s economy beyond the latest headlines, we see that the country is on a path to continued strong economic growth in the long term. Data from the International Monetary Fund forecasts China's GDP to grow by 5.7% in 2022, compared to 4.9% in the US and 4.3% in the Euro Area.

China's long-term goal to establish itself as a tech leader and reduce its reliance on western economies supports this growth. For example, the government plans to supply 70% of its chip demand domestically by 2025, up from about 50% today.

China tends to tighten its monetary policies to slow down economic growth when there’s a risk of inflation and the economy overheating. For example, China decreased its social financing during its stock market bubble in 2015. During this event, extremely high leverage caused the rise and subsequent loss of a third of A-share values on the Shanghai Stock exchange within one month of the bubble’s peak.

Conversely, China loosens its monetary policies and spends more when its economy slows down, stimulating economic growth. We saw an example of this loosening policy during the COVID-19 market crash in February 2020, when China’s government increased its spending rate.

What we see today is another instance of China's cyclical monetary cycle; China tightened its monetary policies at the end of last year as the country emerged from the pandemic.

But, if history has taught us anything, these tight monetary policies will likely change. In fact, there are already signs of China loosening its monetary policies again with the country's central bank cutting the required reserve ratio.

When you see the latest headlines about China’s 5-year plan and monetary policies, remember to keep the big picture in mind: China is set for sustained GDP growth and its monetary policy cycles will continue to work as they have in the past to maintain a stable economy.

Financial markets tend to react strongly to media headlines, and there may be further regulations targeting specific segments in the near term. So, you may continue to see short-term volatility in asset prices in some Chinese sectors.

We keep our portfolios diversified across several geographies and sectors to manage this type of risk. And in the long term, investors can expect China’s economy to adjust to these recent changes and for its stock prices to recover. That’s why we’re staying invested in China and have even increased our portfolios’ allocations to China equities to take advantage of lower stock prices. 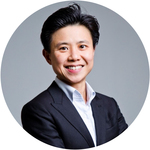